On Sunday, August 4, 1957, the initial worship service for Hamilton Park United Methodist Church, also known as, The Patk was held at the Hamilton Park School. Th first official meeting of the church was held on Tuesday, August 6, 1957, in the home of what then was Eloise Valley at 11128 Oberlin Drive, Dallas, TX, 75243. The site is now marked with an official historical marker. 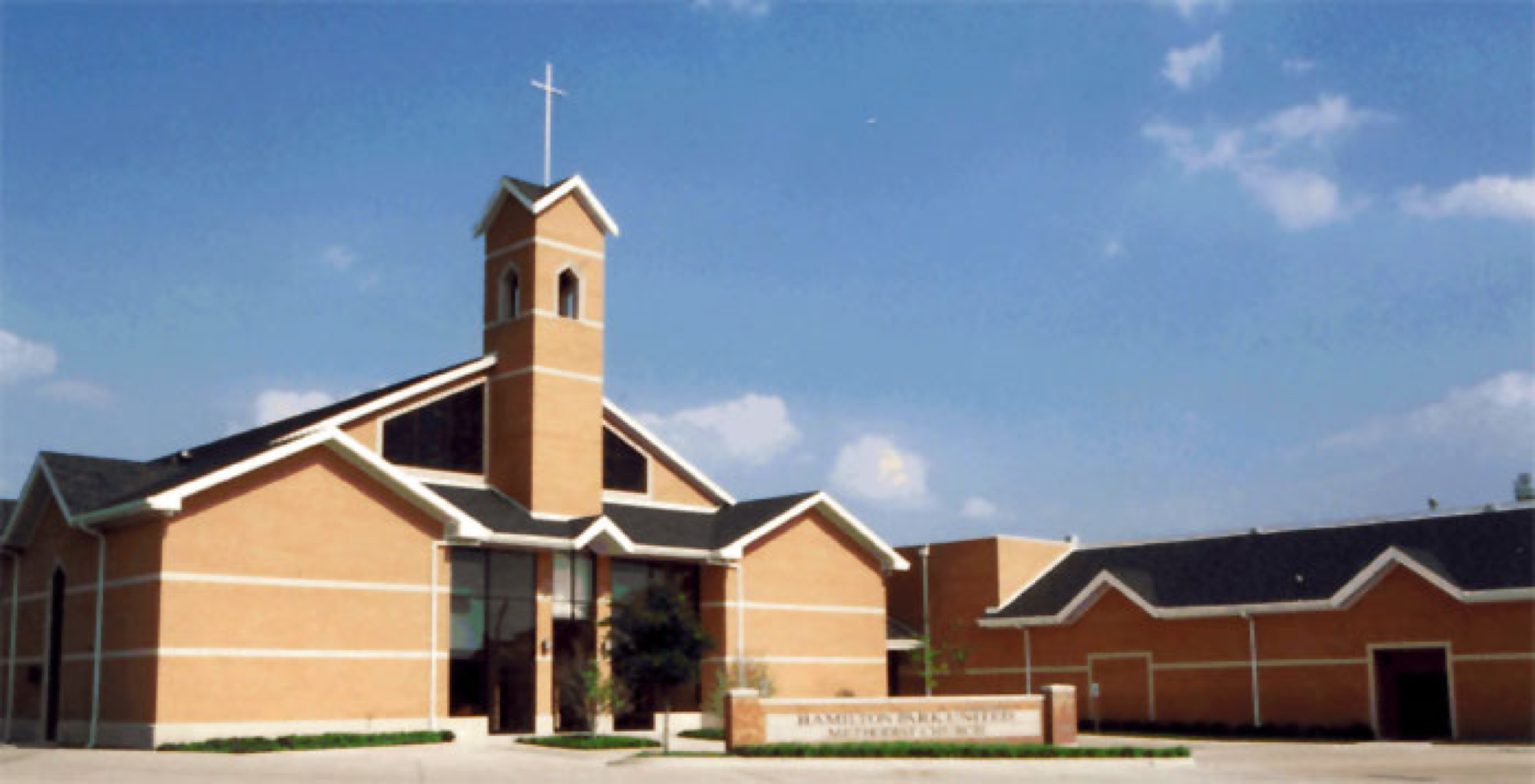 The 1-acre site where our church is located was purchased and deeded to Hamilton Park under the leadership of Dr. Marshall T. Steel, then pastor of Highland Park Methodist Church.

The cornerstone set by the early leaders and members has proven to be sturdy and powerful. Our church is on the threshold of a new turning point in history.

In the beginning, Dr. Loud envisioned a community house of Worship. Rev. Zan Holmes, Jr. continued the growth of the church with the Educational Building, a Day Care Center and classroom space. The Church became United under Rev. Luther Henry, Sr., and sought to present the Gospel to the needs of mankind.

As we continued to grow, two worship services proved to be a welcomed response under Rev. John Elliott. Rev. Henry L. Masters, Sr. came to HPUMC in 1978, bringing a message that would set the tone for growth and responsiveness – “The Coming of Age.” The building project became fixed in the hearts, minds, and prayers of our members.

In June 1990, the Church welcomed Rev. Ronald D. Henderson. Rev. Henderson became the sixth pastor of HPUMC. There was continued growth under his leadership.

The seventh pastor was Rev. Derrick Wright. Rev. Wright served from 2002-2005. Under his leadership souls were saved and the church blossomed.

The Rev. Jerimiah Booker came to The Park in 2009 as the ninth pastor. Dr. Booker brought strong administration and pastoral care to the church.

The tenth pastor is Dr. Sheron C. Patterson. She was appointed in 2017, and brings with her a host of experience in communications, relationship counseling, leadership development and soul stirring preaching. Dr. Patterson brings change, innovation and relevancy across the church.
As The Park marches toward its 65th birthday – the future is bright!