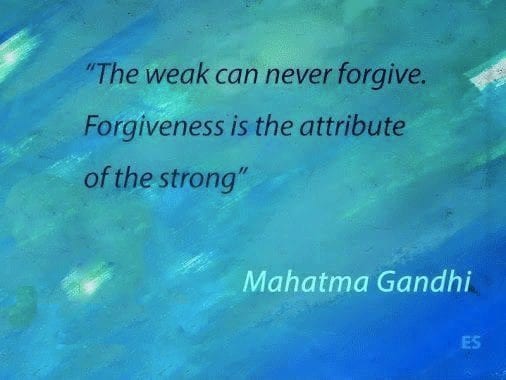 Black Forgiveness in a White World

How and why Black people forgive is once again up for public discussion and dissection. People around the world watched the viral video of young Brandt Botham offering forgiveness and a grace- filled hug to Amber Guyger, the former Dallas Police officer convicted of murdering his brother.

Emotions and opinions of Brandt’s Christ-like actions flew even faster than the video. Some say Brandt was too quick to forgive, and that Blacks forgive the wrongs of White America too much. Others say there should be no forgiveness because White America expects it and uses it against us.

What Brandt did was what I call “Black forgiveness.” This is a term that I use to describe what many of us do automatically and instantly — like Brandt. Black forgiveness is a faithful, historical coping mechanism that grew organically in response to the treatment of Black people in America. Black people, it is said, are some of the most forgiving people on the planet. I say that comes from years of oppression. After centuries of degradation it has become normative to release the hurt and forgive, rather than holding on to the anger and becoming bitter. Forgiveness is the power that enables us to not only survive, but to thrive.

The Spirituals provide the evidence that no matter what the Master did, the slaves had their eyes on heaven and were not going to lose it over unforgiveness. Mistreat was ubiquitous in their world, and their decision to forgive was a means of survival. It was the one thing they had control over, in a world that was so out of their control.

The Civil Rights movement led by Dr. Martin Luther King was based on nonviolence and forgiveness.

The goal was to reconcile the races and Blacks were taught forgive those that spat upon them, beat them and tried to kill them. Persons who lost loved ones in the Charleston, South Carolina church massacre in 2015 did the same thing. They offered forgiveness to Dylan Roof.

Some are probably asking, why differentiate between Black and white forgiveness. All forgiveness is based on the numerous biblical mandates from Jesus. One such is Mark 11:25, “And whenever you stand praying, if you have anything against anyone forgive him, that your Father in heaven may also forgive your trespasses.” Ultimately God views our forgiveness the same, because there are no racial distinctions in heaven. Due to the nonstop racial strife down here on earth, these descriptions are a necessity to explain a complicatedly painful reality to a larger audience.

The difference in the forgiveness is based solely on the experiences of the people. The Black experience in America began with centuries of slavery, years of Jim Crow and segregation, and now we face modern-day issues of mass incarceration, over policing and high unemployment.

It should be noted that Black forgiveness does forgive the wrong done to us in the actions above, but it does not bind us into any form of silence or submission. Rather forgiveness gives us the power to keep demanding justice, equity and inclusion in America.

I forgive Amber Guyger too. God moves in mysterious ways. I offered a public prayer for her one year ago. The day after Guyger shot Jean, I was a part of an African American Coalition of Black Pastors Prayer Vigil at the Dallas Police Department. I asked to pray for the shooter. It was so early in the case that Guyger’s name was not known. So, I prayed the officer who did the shooting. I will keep praying for her.

There is so much power in forgiveness and I need it to keep going on in America.